The original bathroom had been remodeled sometime during the giant jacuzzi period of late last century.  The tub sat unused for months at a time taking up significant floor space in the bathroom while a tiny separate shower was used daily. 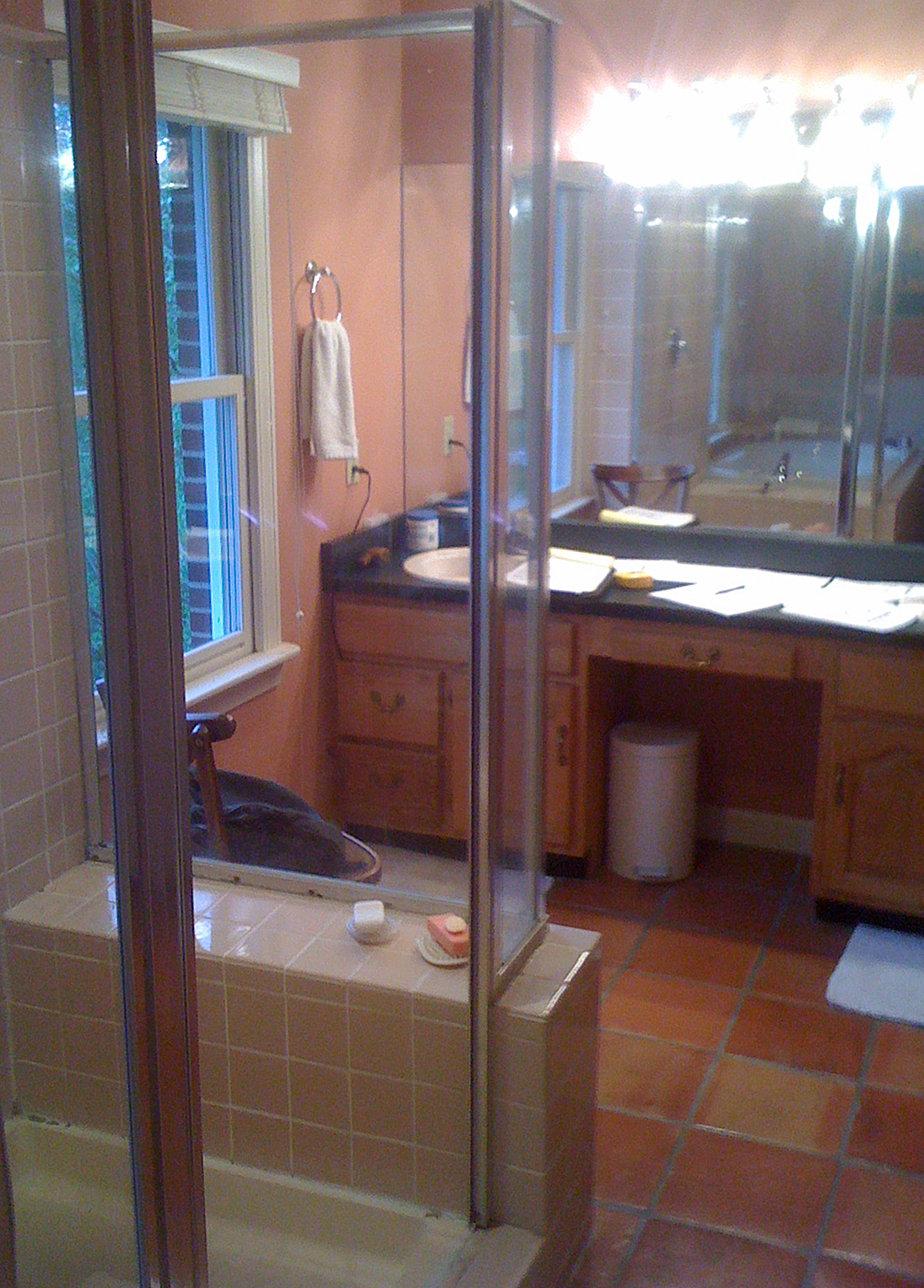 Thanks to a previously muddled remodeling, the previous homeowner left an unlikely pairing of rose colored wall tile and Mexican tiles along with a toilet which sat a step above the rest of the bathroom. 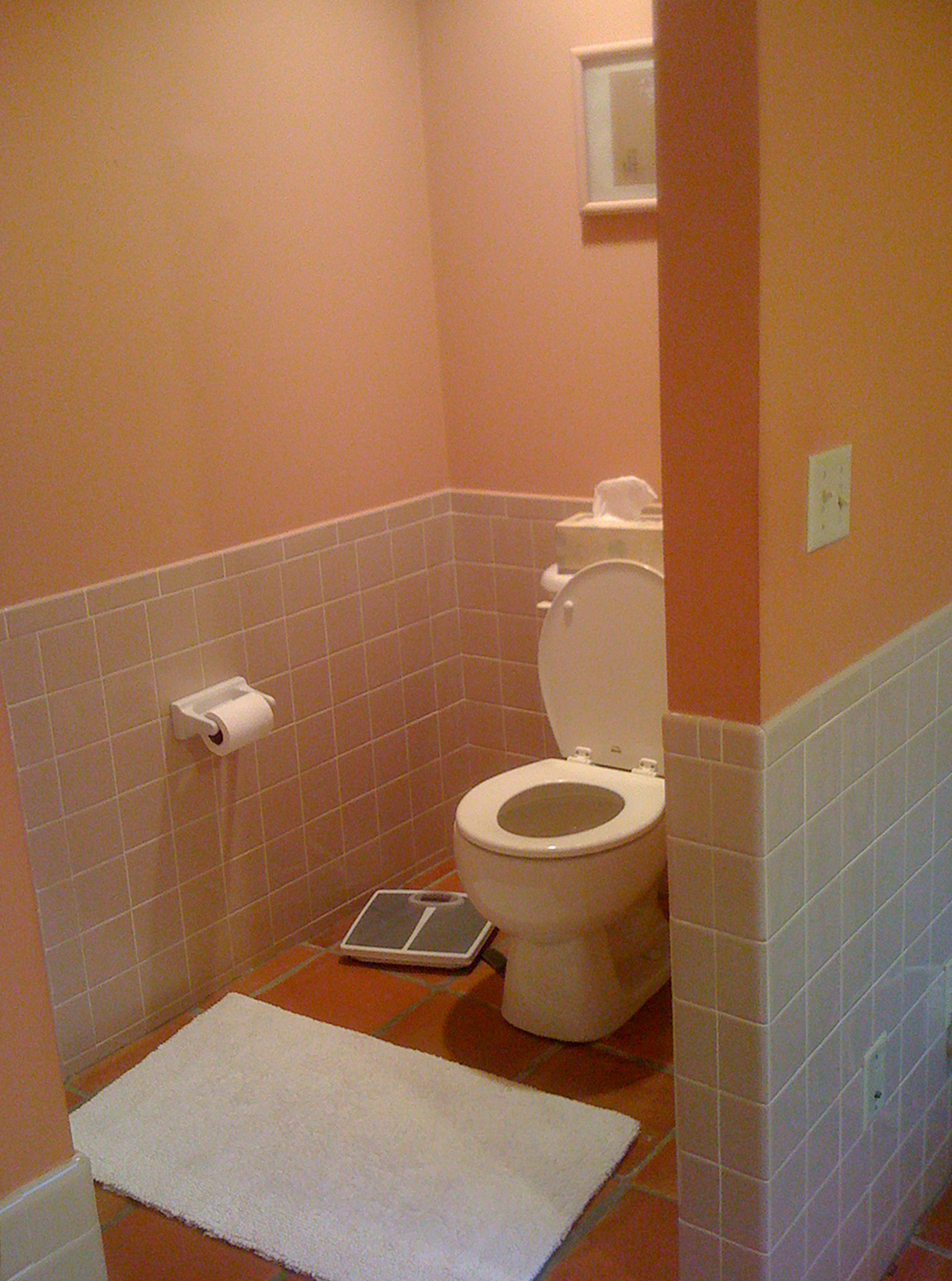 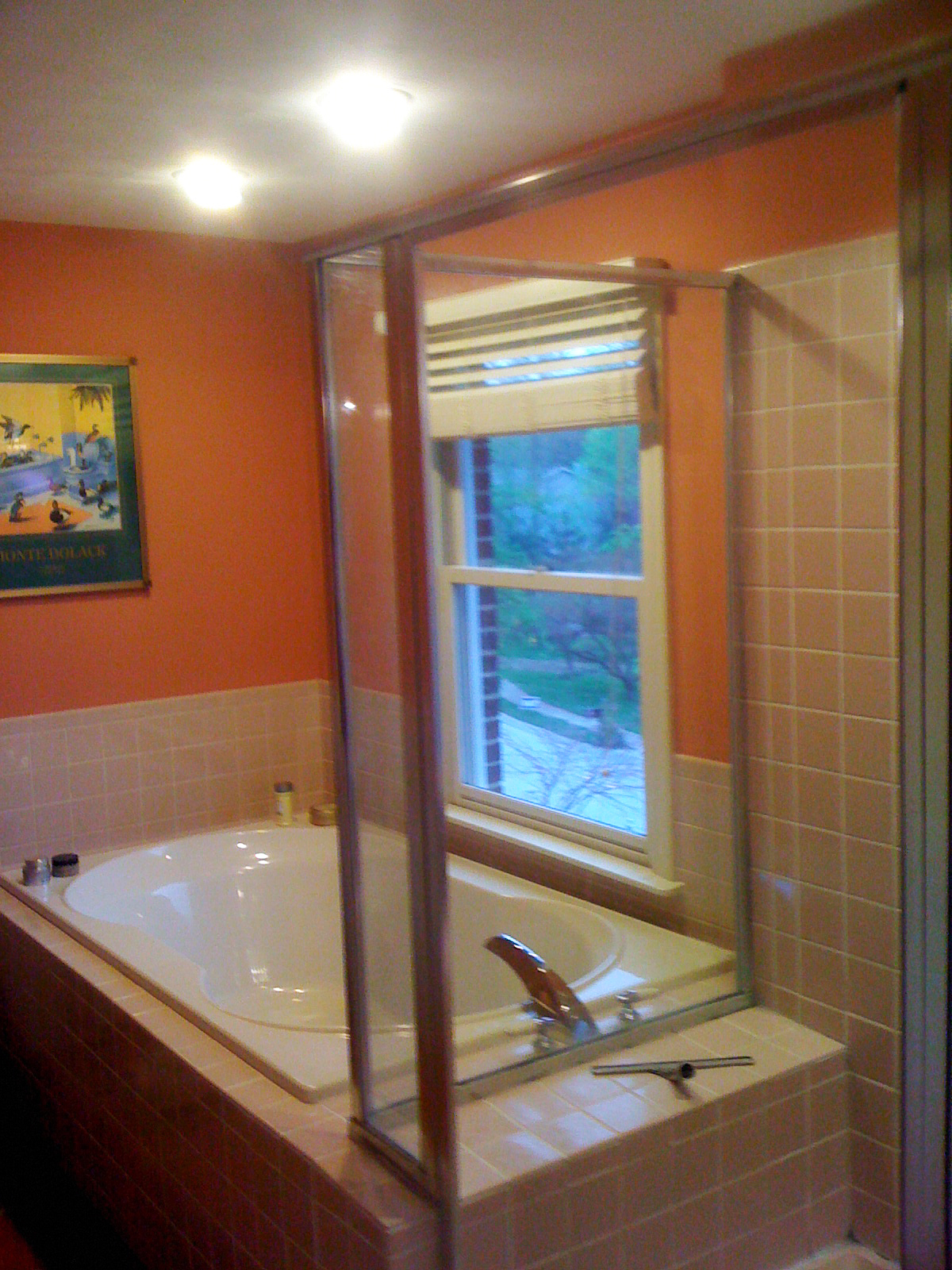 The goal of this remodel was to reclaim the square footage lost to the tub and provide a barrier-free shower area and two distinct sink areas.  This bathroom was a joy to design because of the large size of the room, almost eleven by eighteen feet. Once the tub, separate shower and partitioned wall were removed the vast expanse was really evident. 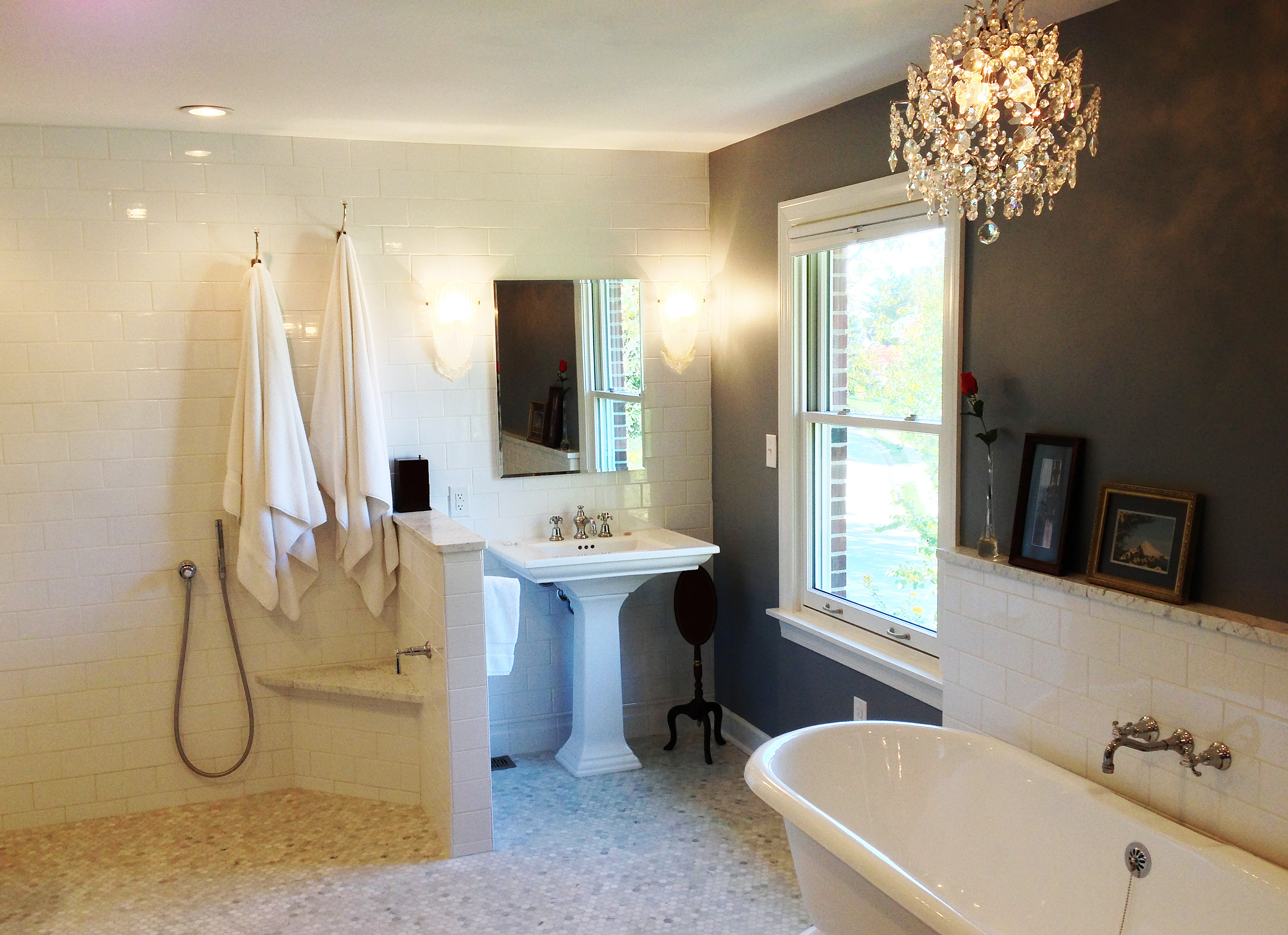 We really tried to accent the large space by unifying it using a simple small hexagonal marble tile on the floor and keeping the rest of the forms large and simple.  The floor was carefully sloped towards the shower from half-way across the room allowing for a shower with no curbs or doors.  An epoxy grout was used when grouting the floor tile providing ultimate ease of cleaning and care. 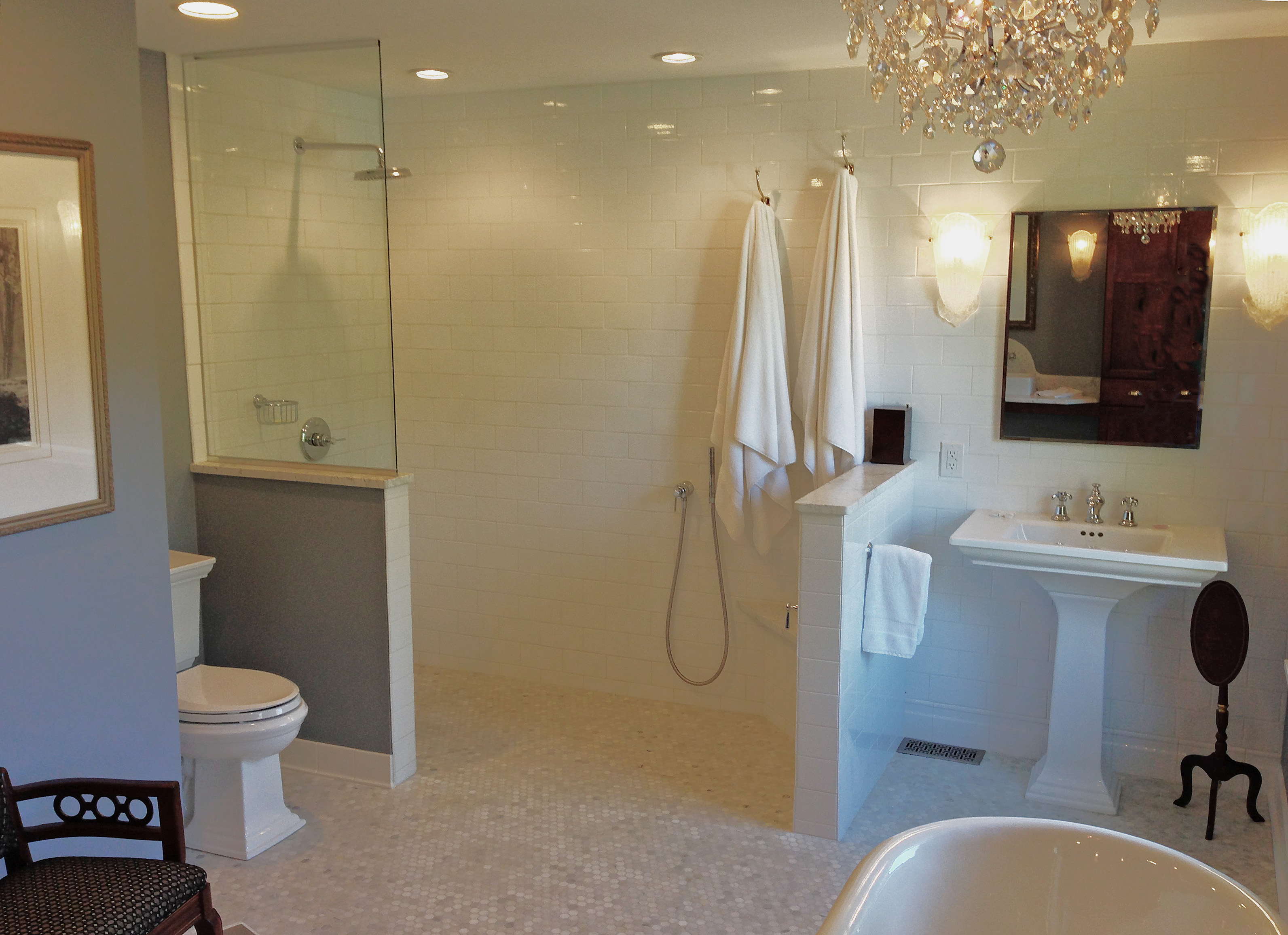 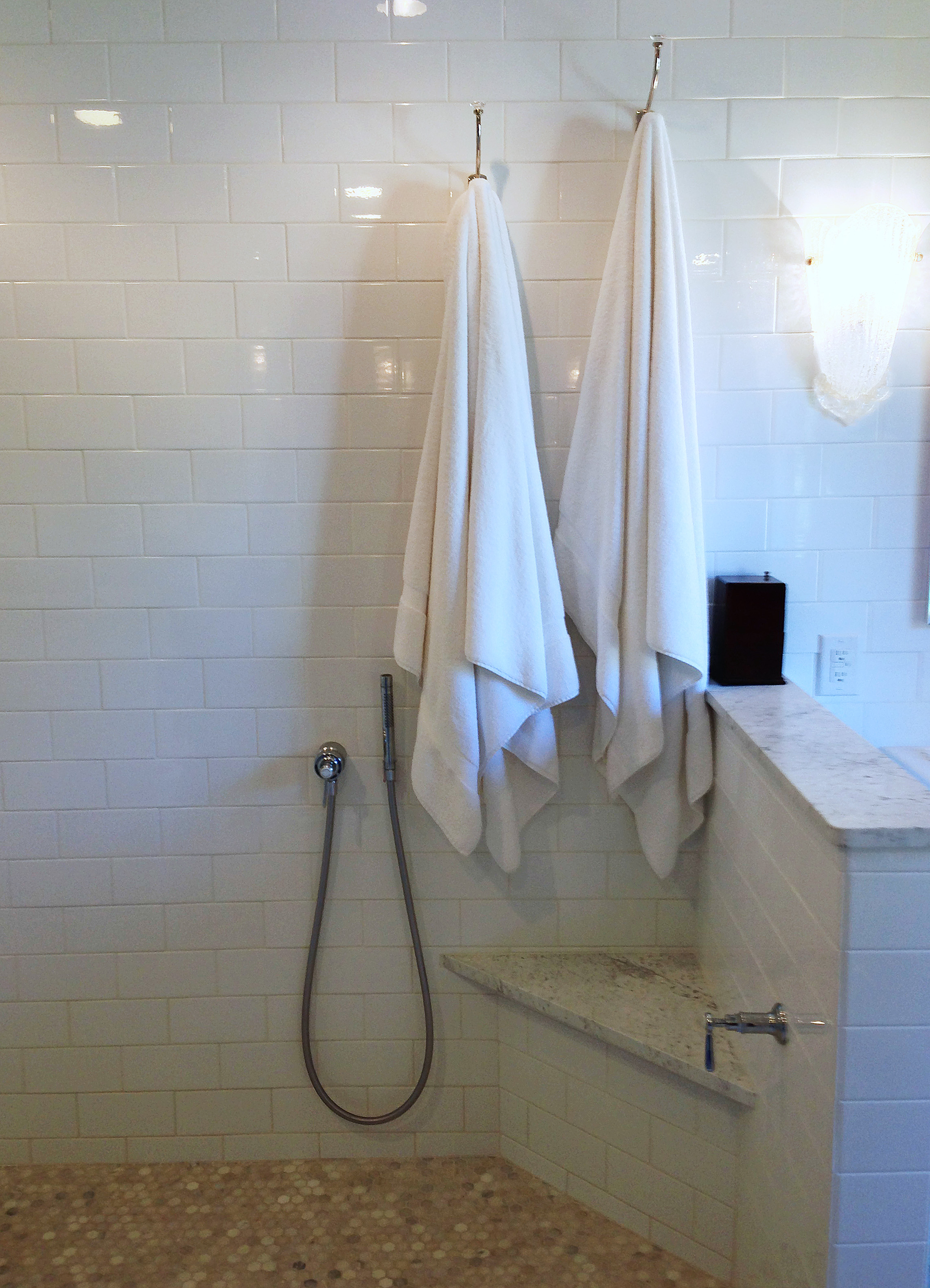 The shower seat provides an attractive and simple solution for an easy transition as the homeowner ages.  Blocking was also installed in the walls to allow stable mounting of grab bars to be installed in the future if needed.

A free standing cast iron tub, large enough for two, but not the fiberglass behemoth that had previously dominated the room provides, with its overhead chandelier, a touch of elegance. A vanity area on one end of the bath for her is countered by a utilitarian pedestal sink on the other side for him.  Although the space is large bright and airy it is kept cozy by a system of thermostatically controlled heat mats under the tile floor.